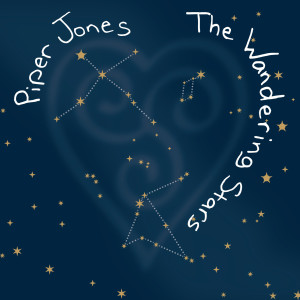 In 2014 friends and fans sent over $5000 in donations and pre-orders to make the creation of this work possible. It was released in 2015 has been played on the radio on the BBC’s Pipeline and NPR’s Thistle and Shamrock.

A good piper is supposed to collect tunes from all over the world and bring them home, wherever that may be. This is a collection of great tunes I’ve heard and learned and absorbed over the years going back to my childhood. Some of them I never learned from written music but I loved and sang them to myself for many years. Some of these tunes I got from my friends or one of my excellent teachers.

Joining me on this CD is my longtime friend Frances Cunningham on bouzouki, who helps me tell these musical stories. She and I remember Lloyd Gibson from the Houston sessions who helped teach both of us about Celtic music, and who supported both of us in our different musical paths, now come together.

When on the road as a musician in the US, there can be a lot of open sky and long drives through the night. Sometimes great clarity can come from stopping at some very dark spot on the road and getting out to look at the stars.

These are the tunes I would play for an audience who had never heard the pipes before.

Thank you every one who has pre-ordered or donated to this production! Over $2500 has been raised even though most people haven’t yet seen this crowd-funding effort. I’ve been hard at work with my friends rehearsing and practicing and recording tracks over the past two months and the last instruments were just recorded in studios in San Diego CA, Minneapolis MN, Asheville,NC, and Austin TX.  I was thrilled this past week to record with some of my favorite musician friends Ed Miller singing, Rich Brotherton on guitar, Ben Jaber on Uilleann pipes, and Michelle Hedden on bodhran. We mixed the CD with Randy Miller in Austin and all that’s left now is mastering and printing.

I’ve been working non-stop on this album and am now in Houston working on the cover art before heading back to Asheville and some gigs there. More video and photos of the recent Texas tour will be coming soon as I get home and send the finished album to the printers in preparation for the North Texas Irish Festival in early March.

To reserve CDs, please pick the appropriate PayPal ADD TO CART button. Please note that the first signed CD is $30, and then additional ones are $20. Why $30? Because this is a bit of a fundraiser, and because you will get your signed CD before anyone else, fresh out of the box! (And shipping is included.) If you want shipment to another address than your PayPal address, please put that information in the “Add special instructions to the seller” area in PayPal.

Below is the video I made before Christmas and today I just sent a private video to the donors and pre-order-ers. If you need to do a little last, last, last minute Christmas shopping you can still click one of the buttons below and I’ll send a personal message and new video link to the recipient of your choice letting them know you’ve bought the new bagpipe CD for them  with a new video link and an MP3 excerpt of a recent post-concert jam at the house.

The video below is a little dated now but I’ll be making another one before the New Year. Thank you to all the people who so far have heard about this and have gotten involved!

To reserve CDs, please pick the appropriate PayPal ADD TO CART button. Please note that the first signed CD is $30, and then additional ones are $20.  Why $30? Because this is a bit of a fundraiser, and because you will get your signed CD before anyone else, fresh out of the box! (And shipping is included.) If you want shipment to another address than your PayPal address, please put that information in the “Add special instructions to the seller” area in PayPal.

It’s December of 2014. I’ve just returned from a great trip through Texas and into California where I’ve been performing and teaching in churches, house concerts, bars and festivals. This year I got to book the entertainment for the wonderful Grandfather Mountain Highland Games out here in North Carolina, and I also got to represent the USA in the Highland bagpipe at the world’s largest Celtic festival, the Festival Interceltique in Lorient, Brittany, France. I’m just about to play a really nice Christmas show here in Asheville. It’s been a great year of gigs and teaching and mentorship of young people, just a hugely successful year.

Next year I’m very lucky to have been hired as one of the headline performers at the North Texas Irish Festival, coming home to Texas and representing the Highland pipes as someone who’s been performing for the last 20 years. I feel very very lucky to have had the performing career I’ve had.

I’m planning to release a CD of some of the gems of bagpipe tunes that I’ve collected over the last ten years. I’m going to collaborate with some great musicians on this album, and get it mixed by the Grammy-winning engineer Randy Miller, who mixed for Clandestine and also mixed for the Willow album. It’s going to have a lot of support from my very good friend, the incredible musician Frances Cunningham, who is also originally from Houston and lives in Nashville and plays at the Grand Ole Opry. She’s going to be here later this month and we’re going to continue the recording we’ve been working on for months.

How to fund the production of the CD? Instead of trying to find a couple of deep-pocketed angels, I think it would be a lot more fun if I asked the community I’ve been playing for the last 20 years to crowd-fund this production, this new album that will be released before St. Patrick’s Day 2015. You can help by clicking on one of the links to pre-order the CD, and I’ll send you a postcard you can put in someone’s Christmas stocking to let them know that in a couple of months they’ll be getting the new Piper Jones CD in the mail! If you’re looking for last-minute Christmas gifts, please go to the Music page to purchase The Willow and Brizeus CDs.

You can also donate to the production and that will be MUCH APPRECIATED. It does take quite a bit of money to make these albums if you want to make them really good. So I really appreciate your help and together we’re going to make the CD happen. I think you’ll find it’s going to be very beautiful, very intelligent, very interesting and it’s going to ROCK!

So thanks very much for your support. I’m very lucky to have been your piper all these years and Merry Christmas!