I’m in Austin this week at the very beginning of the next Piper Jones project, recording with longtime friends and collegues.  The album we made last year The Wandering Stars was such a great project to bring us together and now we’re taking it to the next level.

At the start of March every year in Dallas for the last 34 years the North Texas Irish Festival (NTIF) takes place at the Texas state fair grounds and about 70,000 attendees are presented with a huge lineup of Celtic music artists The festival brings in bands who are at the top of the scene, legends of Celtic music. This year it was Altan and Solas headlining. I remember being a piper just starting out performing in the mid-90’s and saw those bands for the first time at NTIF. There is no other festival within 1000 miles that would have brought those super-groups together at the same festival and hired my group Clandestine and all the other Celtic groups from Albuquerque to Baton Rouge. The effect NTIF has had on me and anybody who aspires to play this music well has been absolutely enormous.

So having booked studio time in Austin before St Patricks Day, I thought it would be a good idea to come hang out at NTIF, maybe get some rehearsal in with a few people who were planning on recording with us after the weekend. This is the festival that very graciously hired Piper Jones Band as a headliner in 2015 and since they don’t typically repeat headliners, I didn’t have a gig. Still it was a great time seeing tons of friends and sitting in on stage with some of the bands.

On Monday Frances Cunningham picked up one of our percussionists, Wolf Loescher, and I met them down in Austin at Ace Recording Studio just south of town. Wolf and Frances and I worked a bit together on The Wandering Stars but this was the first time we were essentially able to do a residency over multiple days. Ace Studio is owned by one of our musical heroes, Rich Brotherton, who plays guitar and produces for Scottish singer Ed Miller.

(Frances is interrupting this blog entry to say she has found some new chords for one of our tracks. “They don’t fit, but they fit“, she says and insists I tell you *right now*.)

It’s late after the second day recording and I’m thrilled at the pace we’ve established. We’ve been rehearsing a lot of this music for months and Wolf has put down some of the best drum tracks I’ve ever heard. Once we got everything set up we just started going for everything and he has sweated and played his heart out. 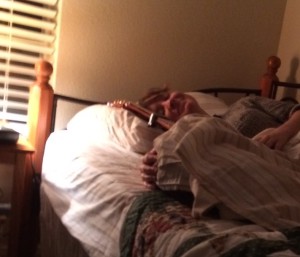 Tomorrow we’re working with Wolf until he has to catch a flight back home to Minneapolis. We’re capturing our well-rehearsed tunes and songs and making time to put new things together. When there’s magic in the studio for me it’s often in the presence of Wolf Loescher, who was with me on The Willow in 2002. His exquisitely lovely wife Christina has been a great friend to all the musicians at NTIF over the years and I’m so grateful for her support too.

A couple of months ago in Asheville someone contacted me who had bought The Wandering Stars at a show in December. He wrote to say how much he loved the title track and he thought we should keep recording and make another CD. I mentioned to him that I was going to start crowd-funding the production for the next album and if he wanted to make a donation or pre-order it, how that would be a huge help!  His next email was a donation of $500. Just the moral support reflected in that has kept me going for months, to say nothing of the material change it has made, and today he emailed me again with another donation out of the blue, another $500. So I would like to thank a huge patron of the arts, James Lewis for his contribution of $1000 to this work, putting impassioned music into the world.

If you’re reading this it’s because you have made a contribution in exactly the same spirit and I am so grateful for your faith and friendship.

This site uses Akismet to reduce spam. Learn how your comment data is processed.