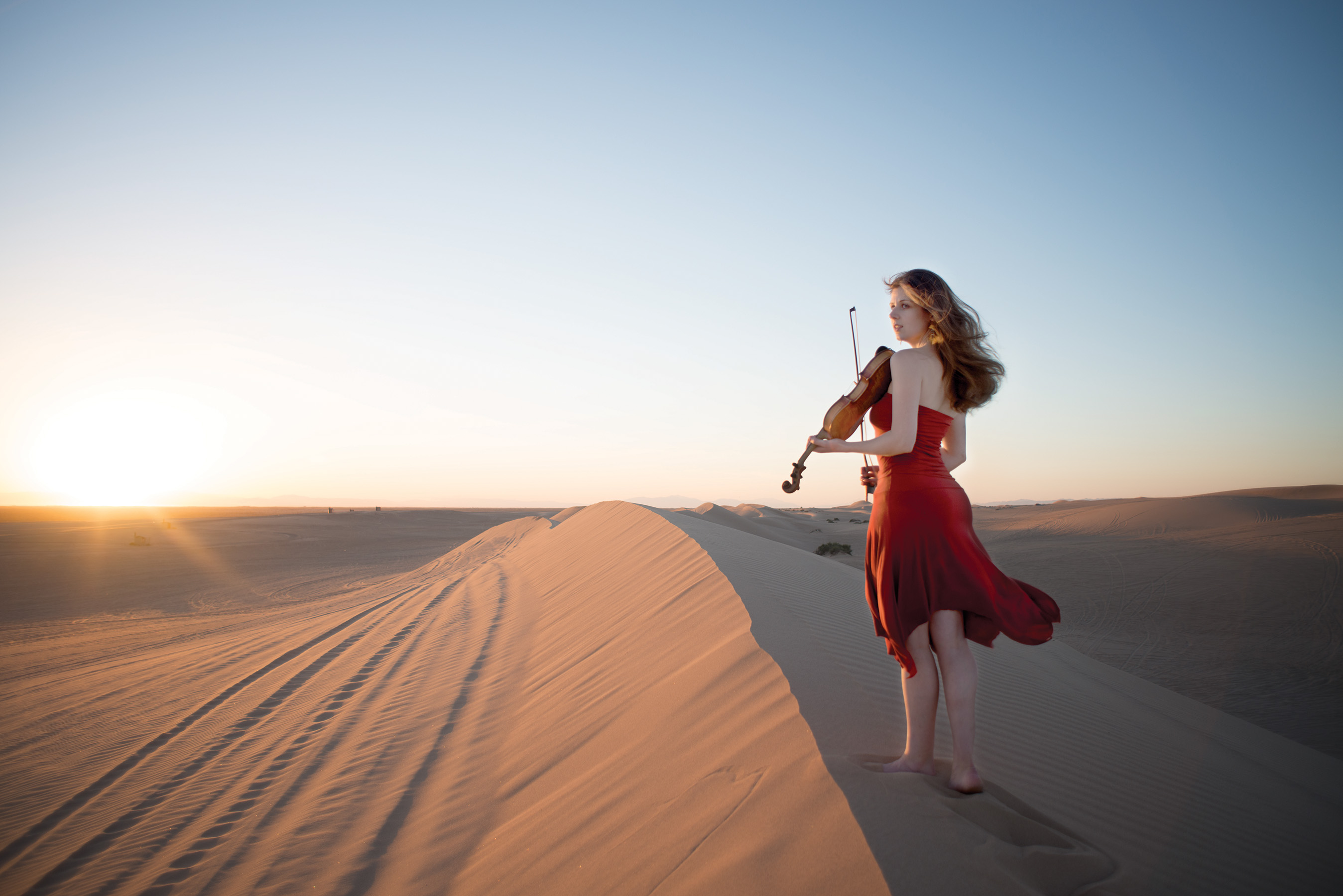 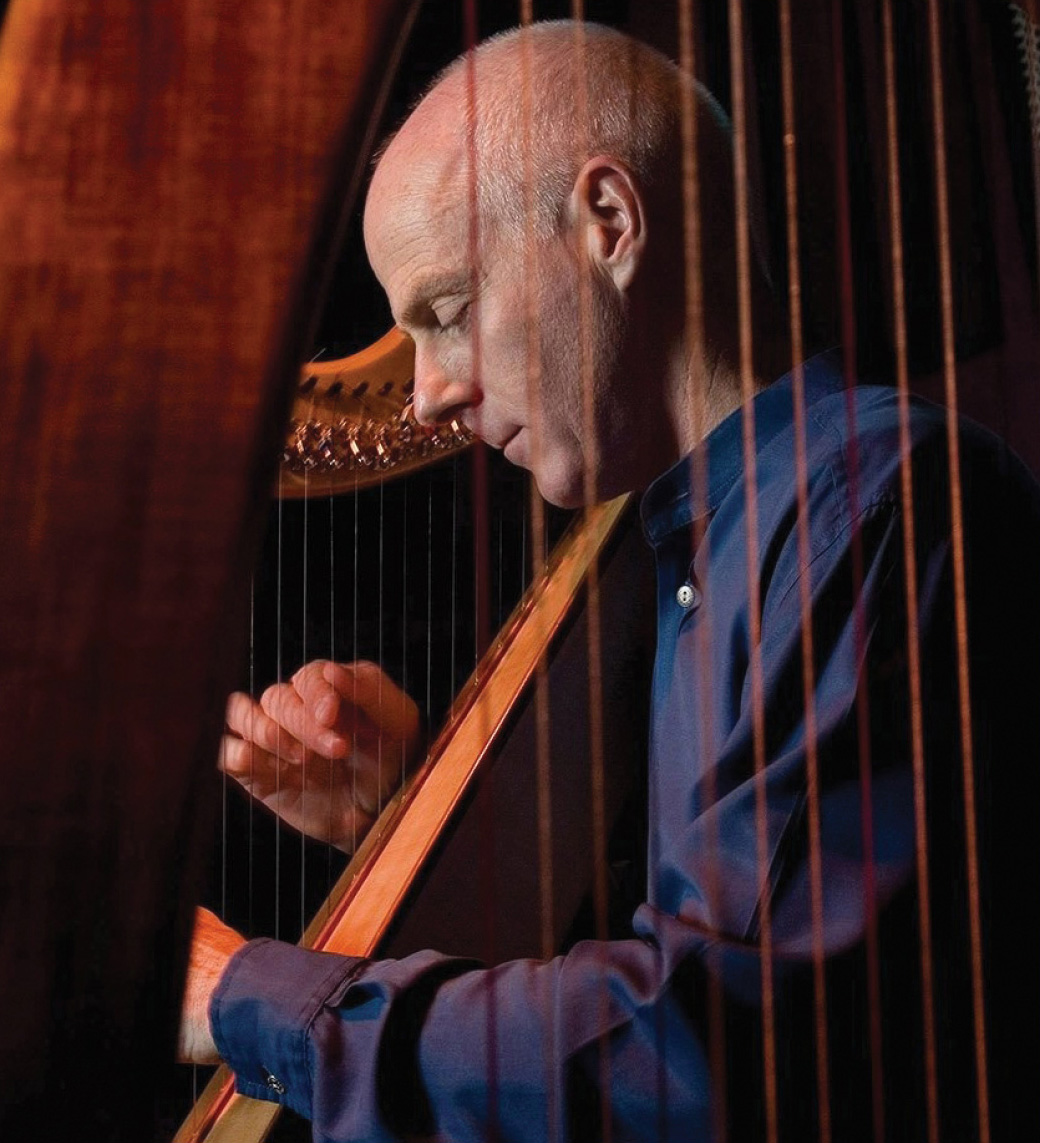 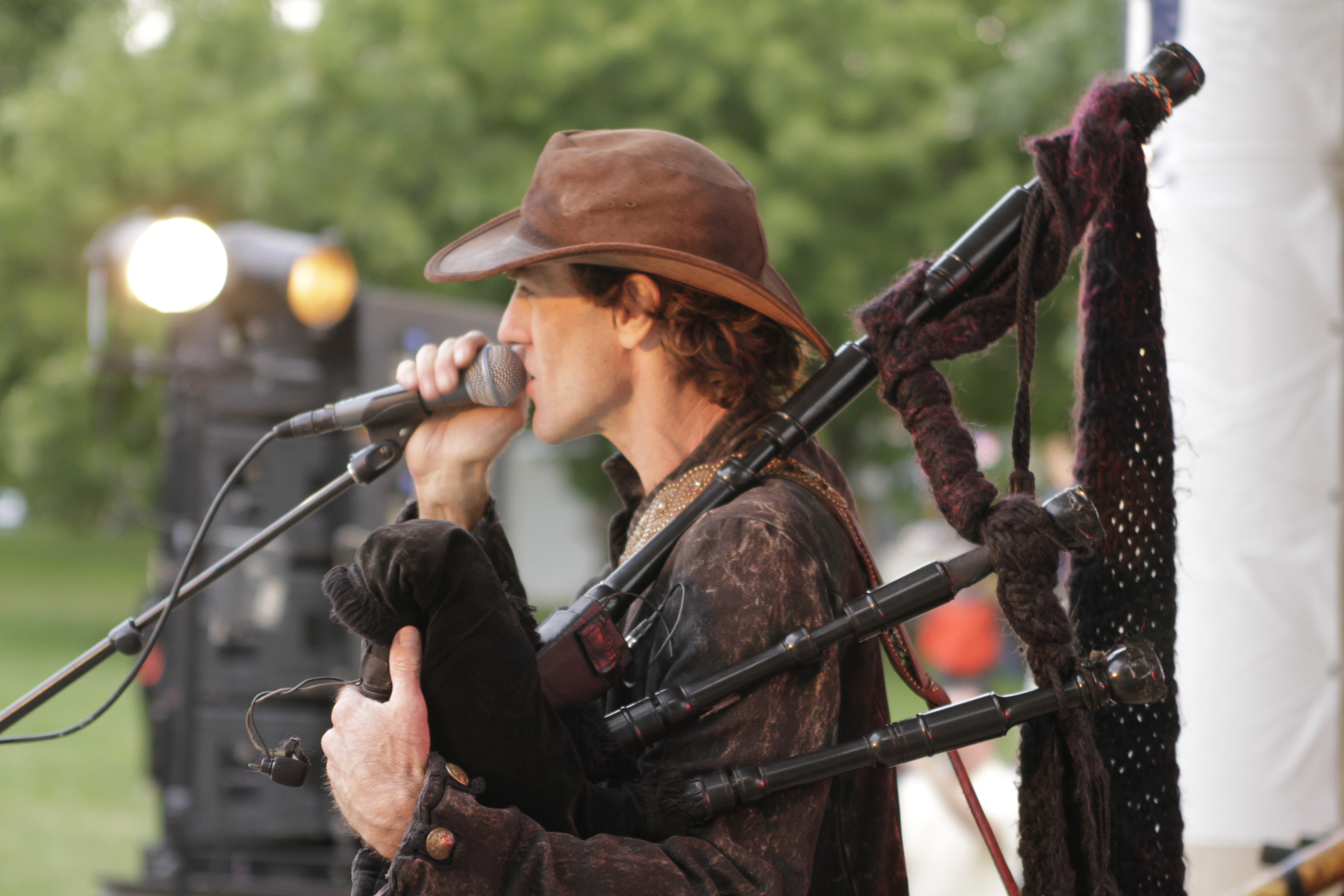 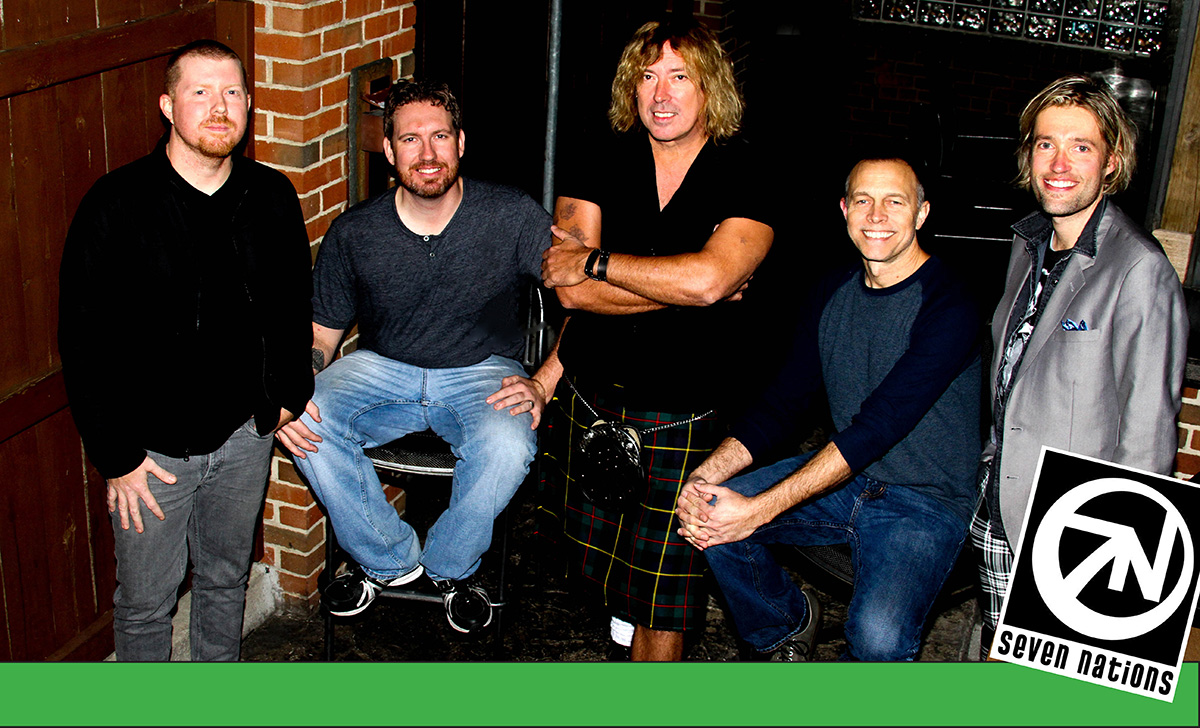 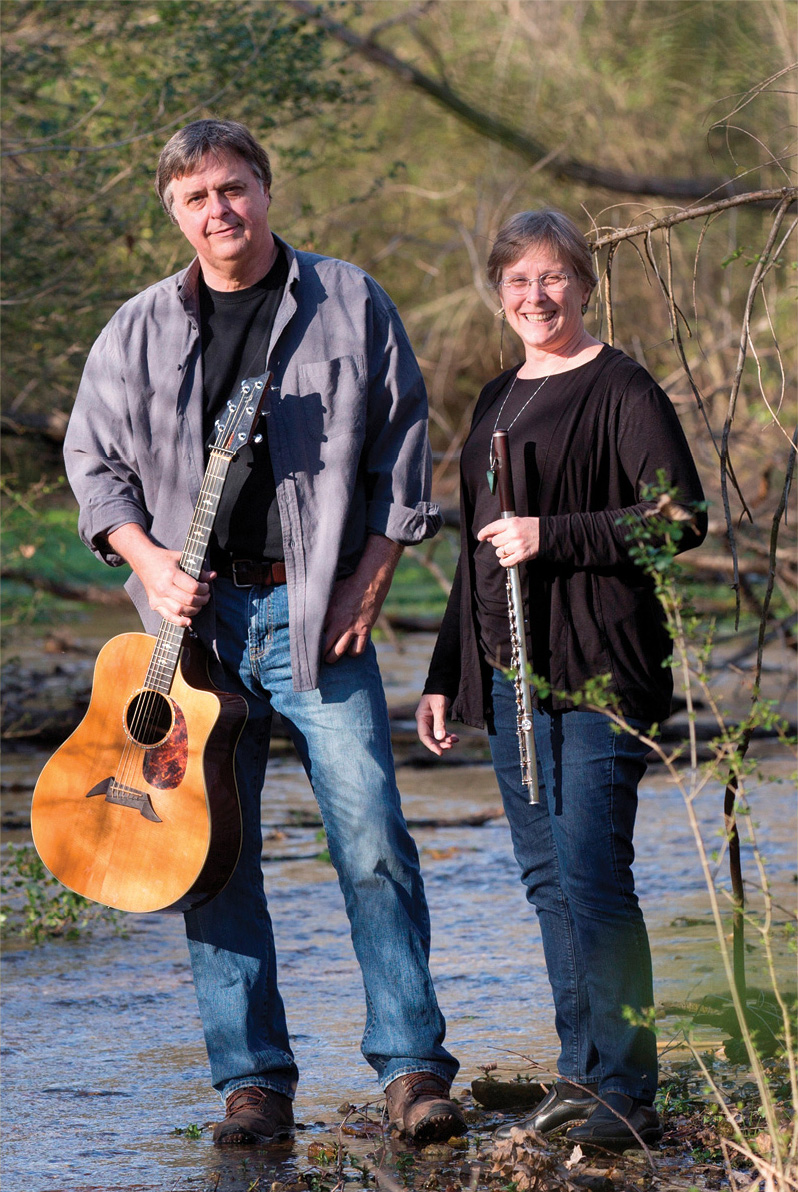 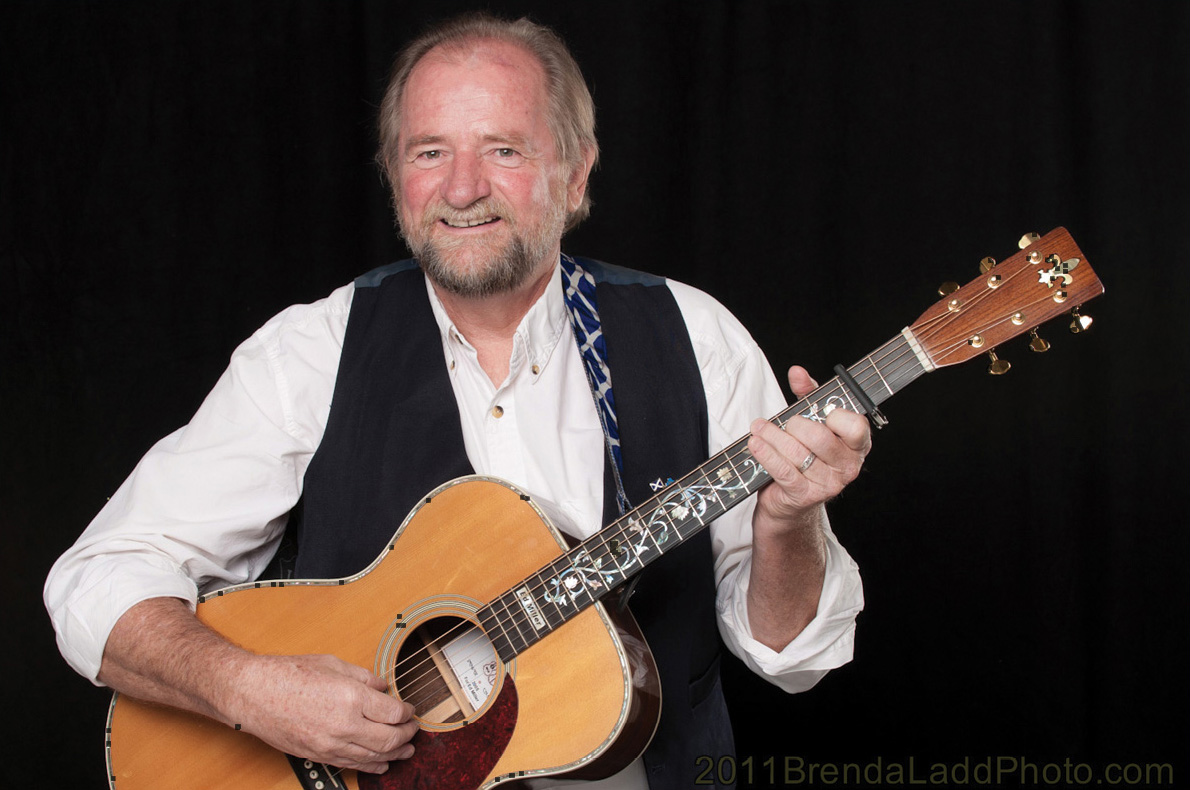 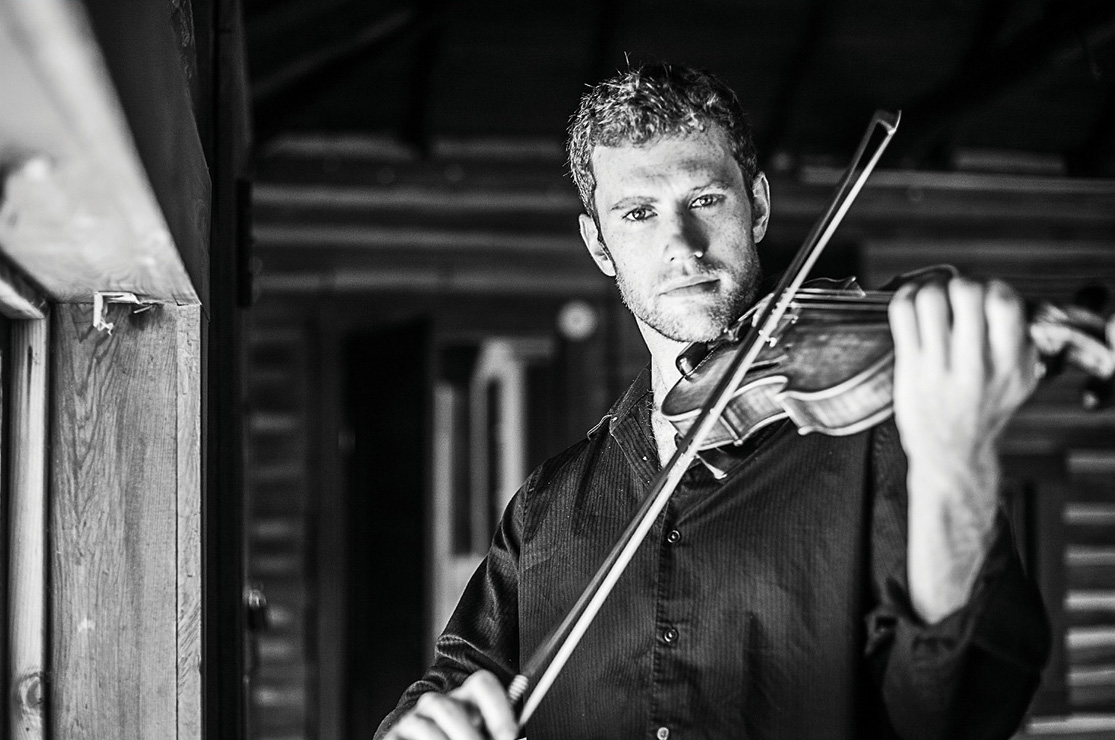 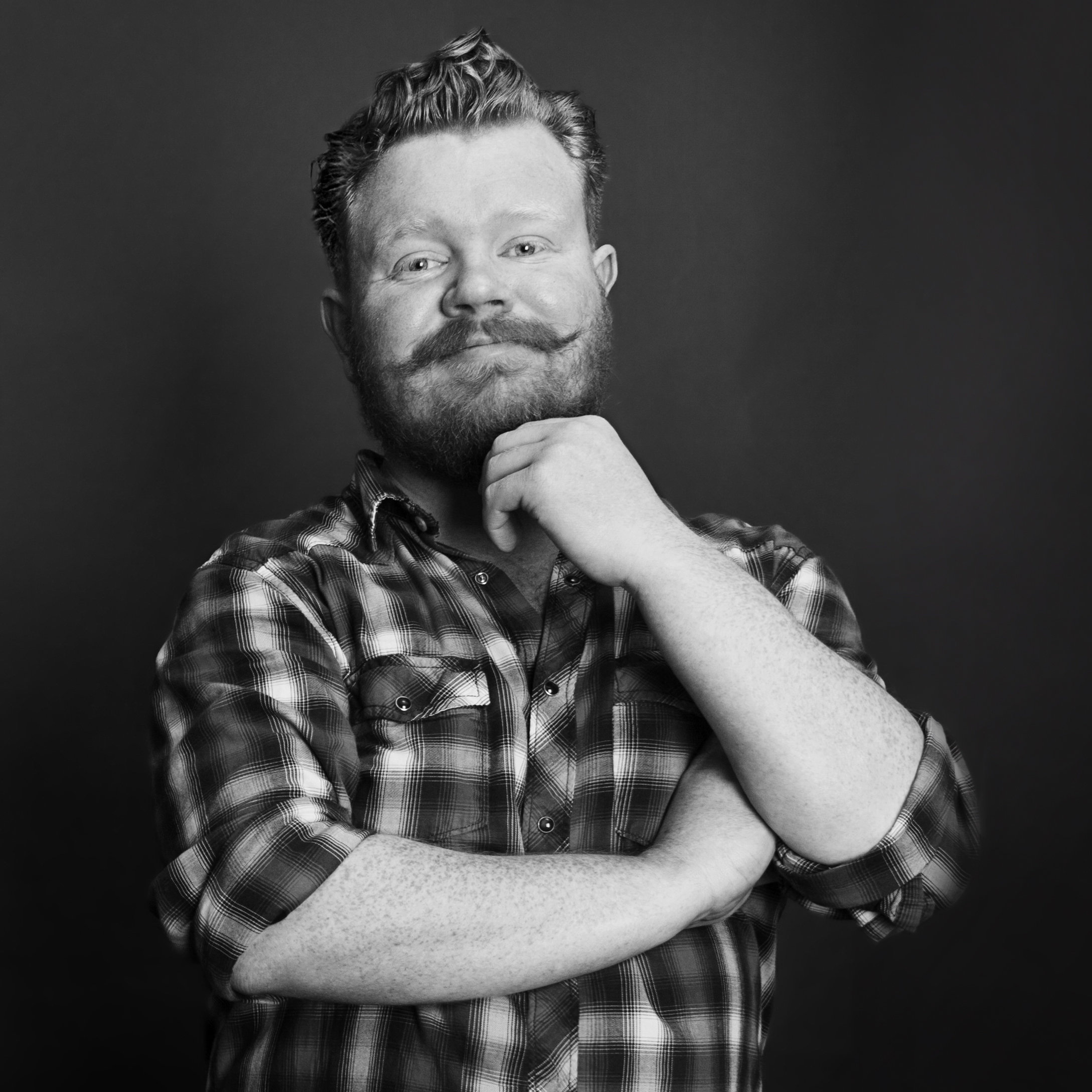 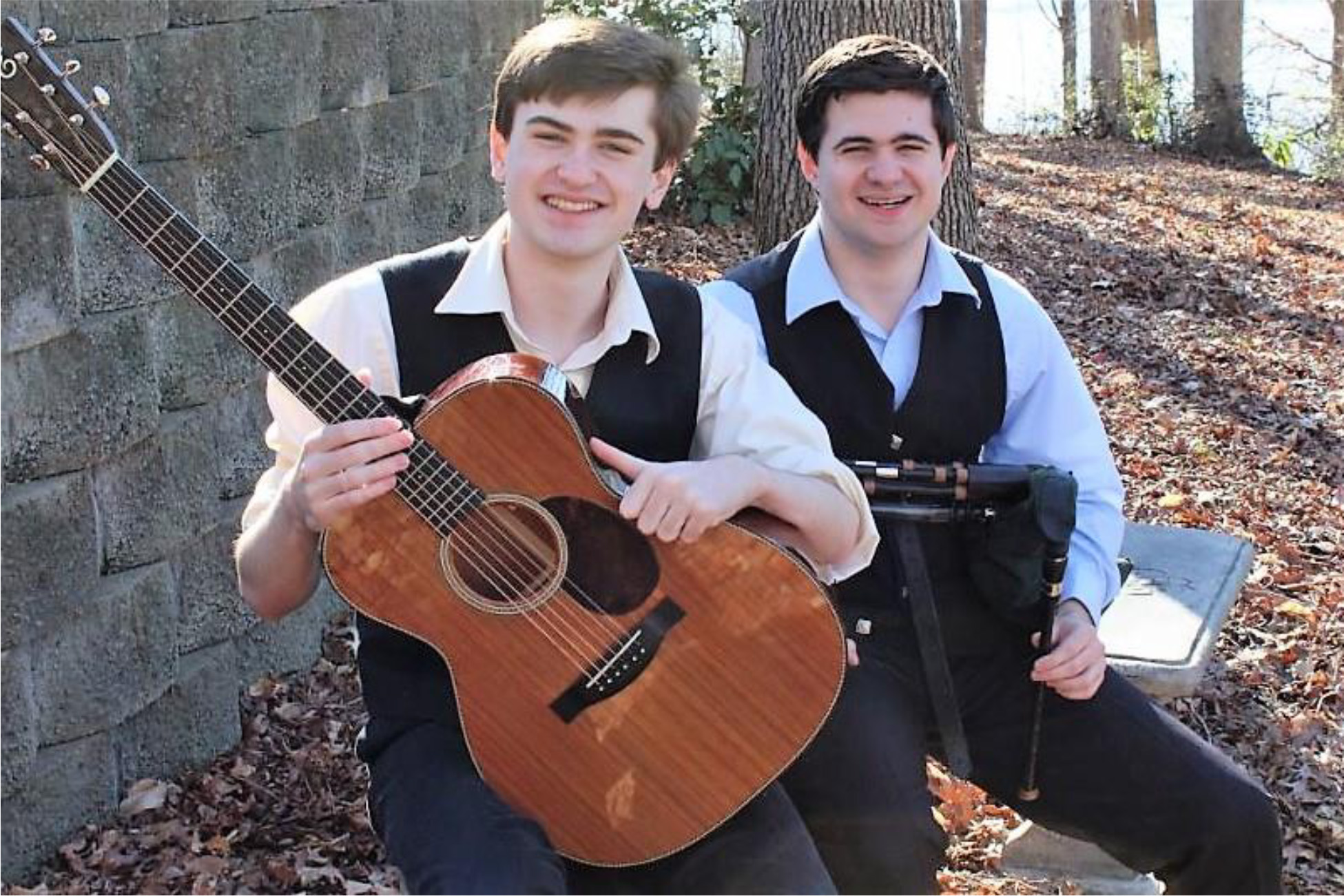 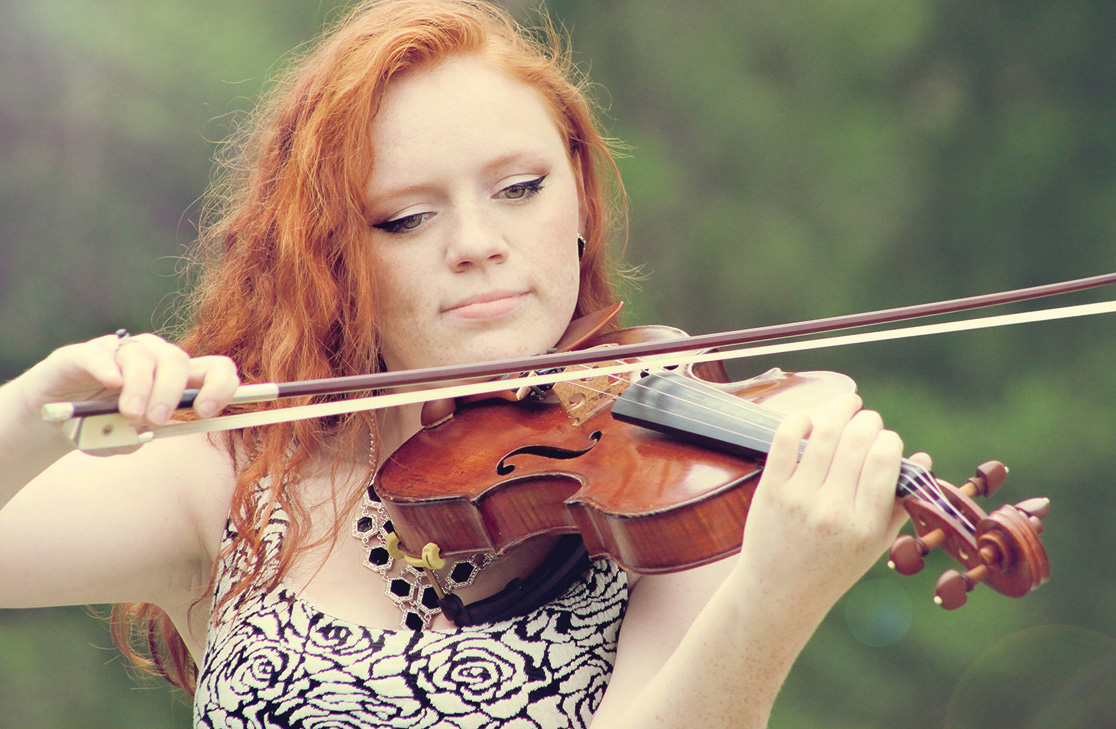 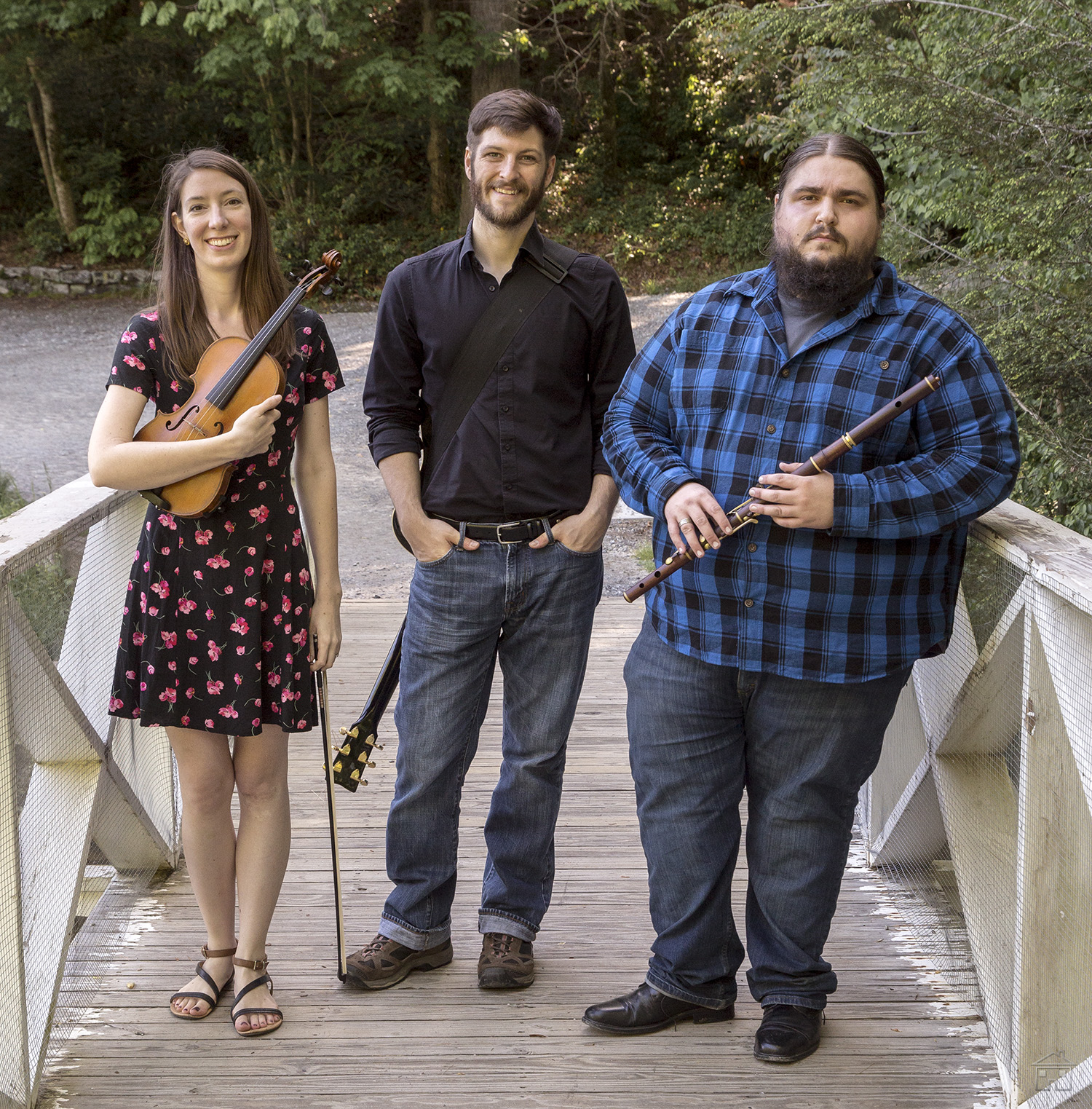 Many thanks to the GMHG board for supporting Scottish Concert-Arts! 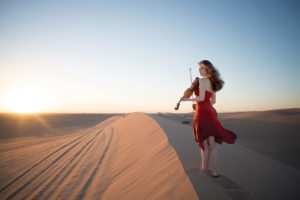 Multistyle violinist and champion fiddler Mari Black’s virtuosic fiddling, sparkling stage presence, and commitment to bringing people together through music have made her a favorite with audiences across the country and around the world. A master of diverse musical styles and winner of several major international competitions, Mari sweeps her audiences away on a spirited musical adventure featuring dance music from around the globe: Celtic, American, and Canadian fiddling, jazz, tango, klezmer, folk, original works, and more. She and her dynamic band will treat you to an unforgettable experience that will have you tapping your toes and dancing in the aisles! 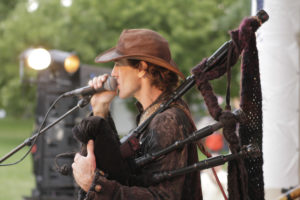 As a founding member of the Celtic, Tribal band BROTHER, Angus toured the world, recording fifteen albums and a DVD along the way. You may have seen BROTHER on the hit TV series ER, or heard their music on the classic Barak soundtrack. An episode of UPN’s The Twilight Zone was written around one of their songs. Often cited as a trailblazer of the indie scene, BROTHER was the only independent band to play the Rock & Roll Hall of Fame.

Visiting Scotland with the band every spring for the last six years on the wildly successful BRONACH tours, Angus discovered his Celtic heritage in a way he’d never imagined. Finding a fascinating connection between his own wanderings and the Celtic myths and histories, Angus has created a captivating show like no other. 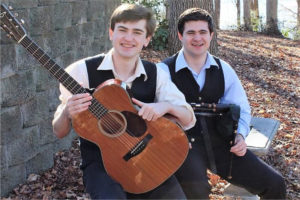 Brothers McLeod, David and Michael, began performing in 2014. David studied bioengineering as an undergraduate at Clemson University with research interests including upper-limb prostheses, signal analysis, and machine learning. He will begin doctoral studies at George Washington University in biomedical instrumentation in Fall 2019. Michael is a professional level solo competitive bagpiper who attends Furman University majoring in biology to pursue a career in dentistry.

Both have been members of numerous bands including Palmetto Pipes and Drums of Columbia, SC; Upstate United of Clemson, SC; and the Atlanta Pipe Band. They also perform at events such as weddings, Burns Dinners, Kirkin’ o’ the Tartan services, parades and veterans’ services, and debutante balls. Most notably, they have performed as entertainers on the Alex Beaton Stage at the Grandfather Mountain Highland Games since 2015. 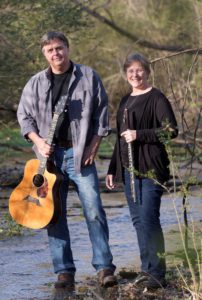 For more than 25 years, Alabama natives Jil Chambless and Scooter Muse have been performing the music of Scotland, Ireland and early America with various ensembles in a wide variety of venues, from house concerts to festivals and concert halls. Jil and Scooter have been fortunate to work alongside many of the nest artists in Celtic music, resulting in many spontaneous collaborations.

As singer and flute and whistle player, Jil Chambless has performed across the US as well as in Canada, Scotland, and Israel with many artists and bands. In 2009, Jil released her first solo CD, The Ladies Go Dancing, produced by the legendary Brian McNeill. Jil brings to any audience a wonderful listening experience from haunting ballads to upbeat songs with a smooth delivery that never fails to bring both smiles and tears.

Scooter Muse has his roots in Bluegrass and is an award-winning 5-string banjo player, and in the late 1980s he moved into the world of Celtic guitar. Scooter’s first solo recording of original guitar instrumentals, Saddell Abbey, was purchased by the Scottish Tourist Board in Kintyre.

In 2010, Jil and Scooter began performing as a duo, playing a variety of venues from small house concerts to major Celtic festivals. Since then they have released three CDs as a duo, The Laverock Sang, Passing Tales & Glories and The Lang Awa’ Ships. They also released a CD with Scottish fiddler John Taylor, Live @ NTIF. 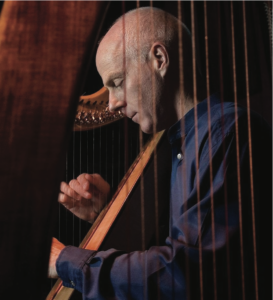 William Jackson has been at the forefront of Scottish traditional music for nearly 30 years. In addition to his stature as one of the leading harpers and multi-instrumentalists in Scotland, William has gained an international reputation as a composer. His “Land of Light” won the international competition in 1999 as the new song for Scotland, announced on the eve of that Parliament convening for the first time in 300 years.

As a founding member of the band Ossian (1976-1989) he was part of the revival of traditional music in Scotland in the 70s and 80s, and became known as an innovative composer, using a mix of traditional and classical musicians in such acclaimed works as The Wellpark Suite (1985), A Scottish Island (1998) and Duan Albanach (2003). The band, whose music influenced a generation of musicians, extensively toured the U.S. and Europe. Besides harp, he also plays tinwhistle, bouzouki and piano. 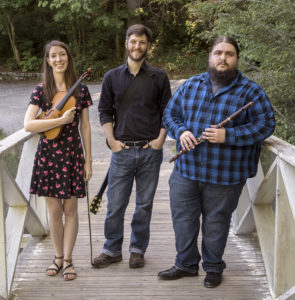 Loch and Keys is a Charlotte-based trio playing contemporary Celtic music. While respecting the traditions of the music they play, the group doesn’t shy away from putting their own twist on things with their dynamic arrangement, driving rhythms, and seamless blending of Celtic traditions from Ireland, Scotland, Scandinavia, Brittany, and Canada.

Caitlin Hearn is a fiddler from Washington DC. She studied classical music beginning at age 9 and fell in love with Irish fiddle music soon afterwards. As a teenager she played at venues around the DC metro area as a member of the Irish fiddle youth group the Bog Band. Since then, she has expanded her style to include elements from Irish, Scottish, Quebequois, and American folk music.

Colin Shoemaker, a Charlotte native, has been immersed in the North Carolina traditional music culture virtually since day one. A self-taught flute and whistle player, Colin has played in and lead Irish sessions up and down the east coast over the last decade, and although not being, as he puts it, “paper trained,” continues to add to the tradition by frequently composing new tunes.

Richard Osban is a guitarist and singer from Murray, Kentucky. He has spent the last seven years in Regensburg, Germany, where he toured with several Irish, Scottish, and American music projects, including the Irish band Breaking Strings. 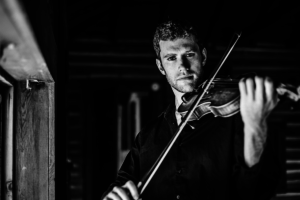 Andrew Finn Magill is a fiddler/violinist who straddles genres. He has toured the US, Europe, Africa, and Brazil and performed with many Irish and Scottish luminaries from John Doyle to the Paul McKenna Band. By age 16 he was a two-time finalist at the All-Ireland fiddle championships. In 2011 he co-produced an MTV-sponsored album with Afro-pop star Peter Mawanga Mau a Malawi. In 2016 he launched a two disc concept album, Roots and Branches, which charts Magill’s progression through his musical roots: Irish music. 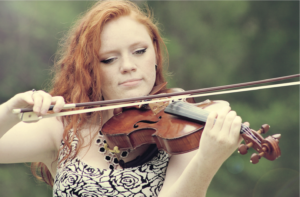 Marybeth McQueen grew up in an environment filled with Scottish music, the closest source being her father Gregory McQueen, fiddle player for Clandestine. She began learning the Highland pipes at age 8, and has been attending the North American Academy of Piping and Drumming for many years. In 2014 she placed 2nd in the US Scottish Fiddle championship and in 2015 won “Best March” in the open level. Marybeth is currently a student at UNCW and is an expert at mixing traditional music with modern techniques in an upbeat and creative style.

Ed Miller has been hailed as “one of the finest singers to come out of the Scottish Folksong Revival” and as “one of Scotland’s best singing exports.” Originally from Edinburgh, he has for many years been based in Austin, Texas, where he gained graduate degrees in Folklore and Geography at the University of Texas. Ed’s repertoire covers the whole spectrum of Scottish folk music, from old ballads and songs of Robert Burns to more recent songs that add to the huge store of Scots songs. When not on the road, Ed also hosts a long-running folk music show, “Across the Pond,” on Sun Radio, and he has expanded his activities into taking folksong based tours to Scotland each year, and teaching at various folk music camps. His newest CD is Follow the Music, an eclectic mix of seven Scottish songs, four Irish, and one Texan. 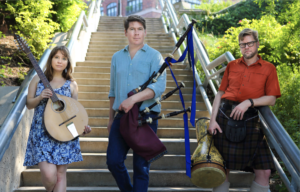 The Piper Jones Band is a lyrical, high energy trio based on the moving and beautiful sounds of the Highland bagpipes, accompanied by unique percussive chords from the bouzouki and inspired drums. While maintaining a strong musical base in traditional tunes from Ireland, Scotland, and Appalachia, the group also performs original instrumental compositions and powerful vocal harmonies, as well as stepping off stage from time to time to lead the audience in traditional Celtic dances. The Piper Jones Band brings authentic, traditional music to your audience in a fresh, entertaining way.

EJ Jones first played at GMHG with Clandestine in 1998 and is a professionally ranked competitive piper in the EUSPBA. He has had a performing career spanning over two decades with the recent distinction of representing the USA at the 2014 MacCrimmon Trophy at Festival Interceltique Lorient.

Frances Cunningham, on bouzouki, is a Texas native who has enjoyed a long career performing nationwide, with a variety of musicians. Her first love is traditional Irish music and she was the winner of the Midwest Fleadh in 2013 in both accompaniment and on the tenor banjo. She currently lives in Nashville, TN and has released her debut CD, Alcinoe.

Wolf Loescher plays percussion in bands ranging from symphonic to progressive rock to Celtic folk. He specializes in drum kit and hand percussion, and has performed and recorded with a variety of projects all across the country. He founded the band Jiggernaut and has been a key member of many great Celtic bands. 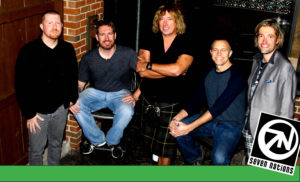 Through its touring schedule and dynamic live performances, Seven Nations has become one of the fastest growing live acts nationwide. They have logged in more than one million touring miles trying to make the music universal for old and new fans alike. To the five member band, that means being on tour 85 percent of the year, melding guitar and vocal elements of American pop and rock with Highland bagpipes and fiddle. The result is a high-energy performance that has fans jumping out of their seats, and has sparked interest nationwide.

Lead singer/songwriter and founding member Kirk MacLeod attended bagpipe summer schools in these mountains from the age of 12 and won the first ever John McFadden award for “most promising piper.” Many years later he has led a band through almost a quarter of a million albums sold and some of the most brilliantly powerful and creative Celtic rock ever played.

“We are lucky,” says McLeod, “because we come from two unique cultures. We love American pop and rock and roll, but we also love our Celtic roots. We want to touch everybody with our music.” 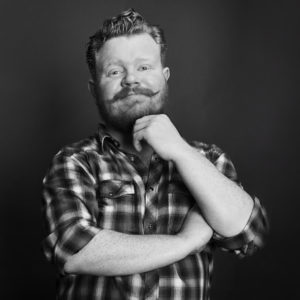 Alasdair White is an exceptional exponent of West Coast Scottish music and is widely regarded as one of the foremost Scottish fiddler players of his generation.

He was born and brought up on the Isle of Lewis in the Outer Hebrides, a chain of islands of singular importance to Gaelic Scotland’s musical heritage and is perhaps best known as having been a member of Scotland’s seminal Battlefield Band for over 16 years, touring extensively in that time throughout North America, Europe, and Asia.

Now resident in New York, Alasdair has performed and recorded as a guest with many of the most well known names in Scottish, Irish and Breton traditional music including Kathleen MacInnis, Julie Fowlis, Eddie Reader, Allan MacDonald, Manus Lunny, Nuala Kennedy, and Arnaud Ciapolino. Current ongoing projects include Daimh, the Alan Kelly Gang and of course Battlefield Band. Alasdair also recently premiered a major commission at the Hebridean Celtic festival in Stornoway, an hour long original piece entitled an Iuchair.

Thank you for your interest in the Grandfather Mt Highland Games!

Want to be a performer at GMHG or talk about who would make a great act to include in a future year? Do you already study traditional music and want some support from other musicians in bringing your music from the practice room to the festival? email EJ or text 713-526-7889.

To be a performer on the GMHG concert stages you must:
-inspire the traditional players of tomorrow to take the stage
-make music informed by a love of Scottish songs and tunes
-entertain the audience
-have studied Scottish music at least a little
-strive to bring the audience the highest quality musicianship